Mar 08, 2021 — Conversations about systemic racism and policing are happening across the North Country right now, sparked by a statewide mandate to reform law enforcement agencies after the death of George Floyd last summer. The reform process has revealed deep divisions in the way people think about racial bias and policing in the North Country.

After George Floyd was killed by police, people in the North Country protested against police brutality and in support of the Black Lives Matter movement, organizing rallies in Glens Falls, Saranac Lake, Ogdensburg, Potsdam, and Plattsburgh.

Within a week of protests around the state and across the country, Governor Andrew Cuomo unveiled a new executive order, requiring every law enforcement agency in New York to make reforms aimed specifically at reducing racial bias.

“We’re not going to fund police agencies in this state that do not look at what has been happening, come to terms with it, and reform themselves,” said Cuomo. 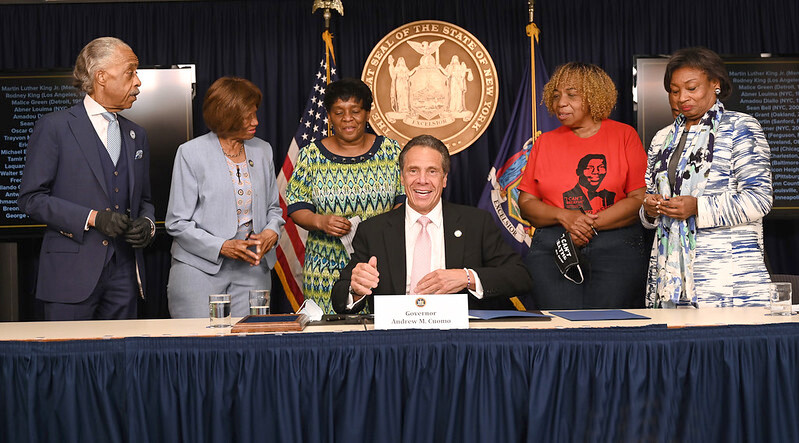 The deadline for the police reforms is just weeks away. Some committees in the North Country have been meeting a lot since the mandate was announced— Saranac Lake has met dozens of times— others have not. The Franklin County Sheriff’s Department hosted its first police reform meeting open to the public in late February.

People asked a broad range of questions, including about the use of chokeholds, about the need for body cameras, and the department’s use of force policy. Colleen Farmer from Saranac Lake asked pointedly about racism.

“What specific systemic racism has been found in your department at this point?” Farmer asked.

Sheriff Kevin Mulverhill then stepped and challenged the idea that Cuomo’s mandate was meant to address the racism that’s deeply ingrained in society. “I don’t see where systemic racism is mentioned at all in the governor’s executive order,” Mulverhill said. “I think everybody has a different opinion on that and I’m not sure this is the forum necessarily to decide what your opinion is on systemic racism.”

Deputies from the Franklin County Sheriff Department sat in front of a Blue Lives Matter flag at the police reform meeting in February.

Cuomo’s executive order does mention racism multiple times, citing the “long and painful history in New York State of discrimination and mistreatment of black and African-American citizens dating back to the arrival of the first enslaved Africans in America.” The order also specifically cites the need to address systemic racial bias.

“Of course your defensive answer immediately is, ‘No, I’m not racist,'” Smart said.

“You could very well not be actively hating on a group, a total group,” Smart said, “but we’re all participating in systemic racism. We’re all doing it. 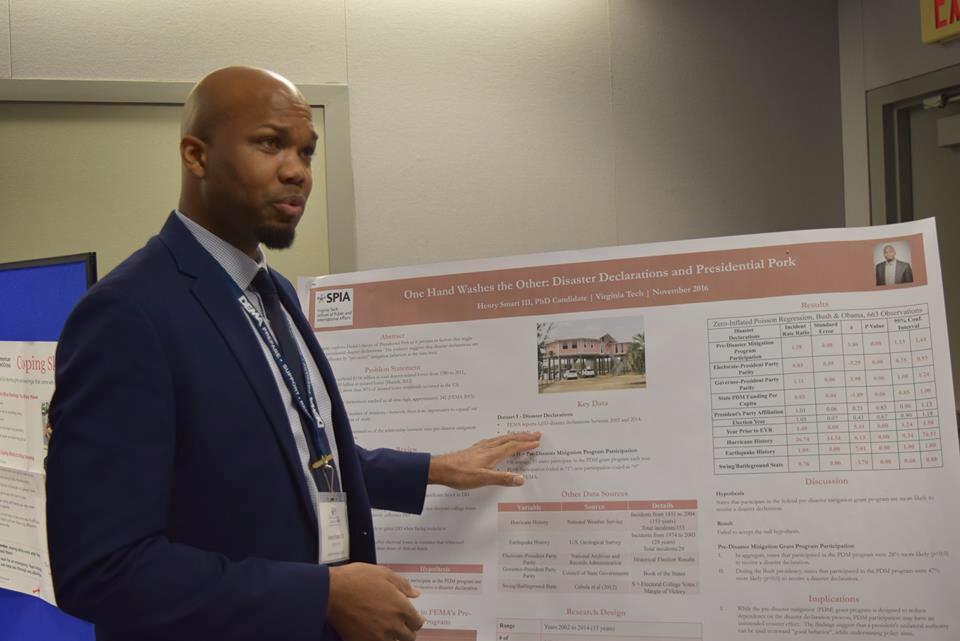 Henry Smart is an assistant professor in the Department of Public Management at CUNY’s John Jay College of Criminal Justice. Photo courtesy of Henry Smart.

One of the problems with Cuomo’s mandate, Smart added, is that it does not require someone at the reform meetings who is trained to guide discussion on race and to help break down what systemic racism really is.

“If we want to have these dialogues we have to define what these concepts are for folks and explain it in a way that doesn’t single them out or ostracize them in the way that these behaviors have done to marginalized groups in this country.”

Nicky Hylton-Patterson was at the Franklin County police reform meeting and did step in to explain the different kinds of racism. Hylton-Patterson, who is Black, is the executive director of the Adirondack Diversity Initiative.

“The problem with talking about race and understanding race and racism is that we hyper-focus on individual acts. A lot of times the individual acts are so egregious,” said Hylton-Patterson. 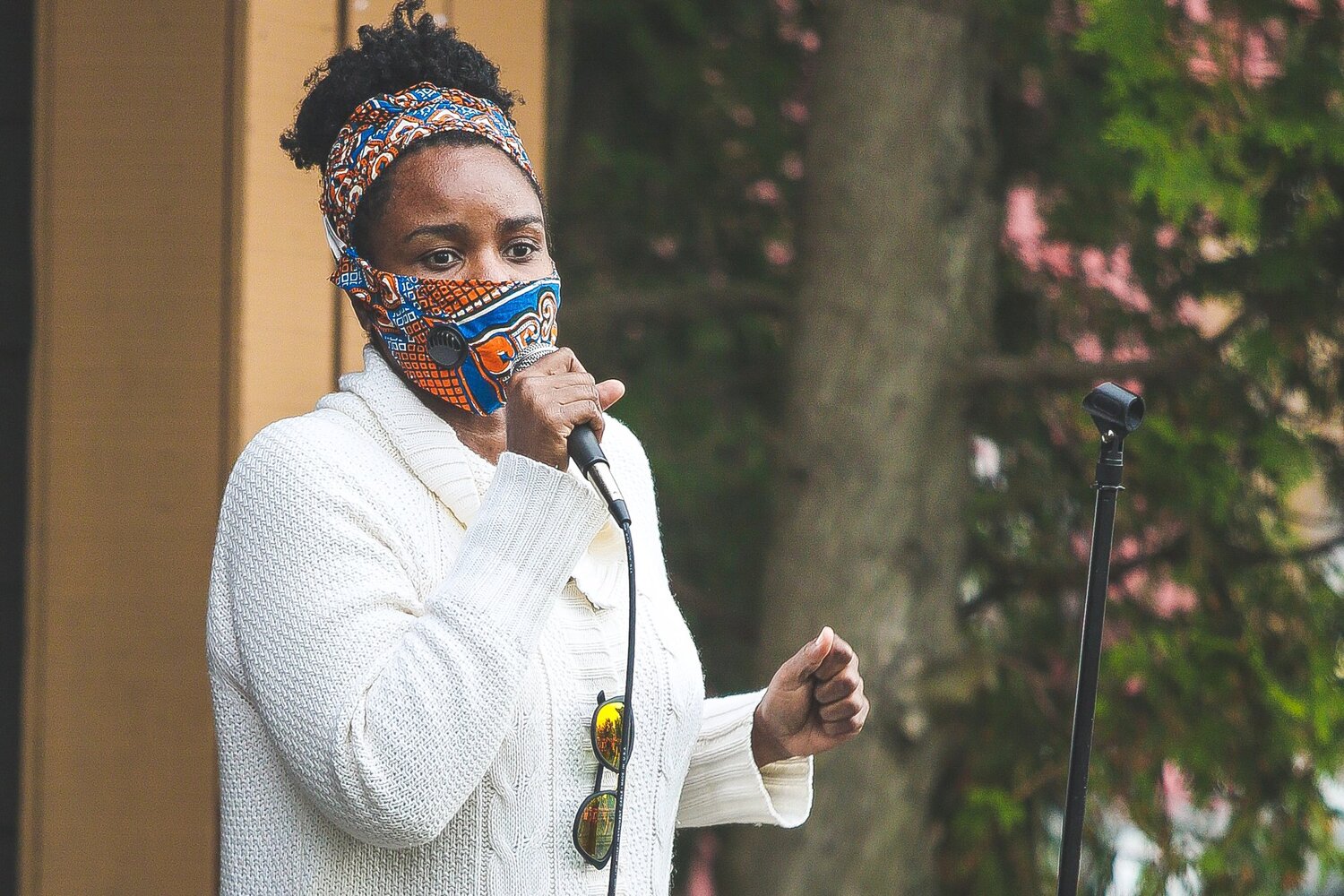 Structural, or systemic, racism has led to racial disparities in education, home homeownership, and life expectancy. It’s why Black people earn about a third less than white people and why Black men are six times more likely to end up in prison.

Without understanding and accepting the widespread effects of systemic racism, some police reform meetings in the North Country are getting bogged down or going off the rails.

At Potsdam’s meeting in December, the conversation shifted from the Black experience to what police were going through and how the community can support officers more.  SUNY Potsdam Professor John Youngblood pushed back. “You talk about humanizing the police. We’re here because of the police not humanizing African Americans. How did we jump from one to the other so quickly?”

Youngblood and the only other Black member of the reform committee resigned after that meeting.

The shift in focus away from the Black experience and systemic racism to the need to defend and protect police has come up at other meetings, as well. Colleen Farmer, who was at Franklin County’s meeting, also spoke up at the Saranac Lake reform meeting in February.

Farmer said local officials “jumped the gun” in condemning police violence against George Floyd last summer. “To me, that does not speak that the board supports a presumption of innocence when you’re rushing to judgement, believing victims and calling alleged men guilty.”

At other meetings, language has been really explicit. Glens Falls had to shut down its meeting last month after some people over Zoom started using racial slurs.

New York’s Attorney General is investigating the incident. It’s unclear if the people using racial slurs were local or not. It’s also unclear whether this reform process will lead to a real reckoning with systemic racism.

“I think the governor is reacting to a national issue and that’s fine and that’s his prerogative,” said Franklin County Sheriff Kevin Mulverhill. “I don’t think systemic racism is necessarily inherent in every system.”

According to the NAACP, though, Black people are five times more likely to get pulled over without just cause than white people. As a Black man, Henry Smart from John Jay College does everything he can to avoid an encounter with police. 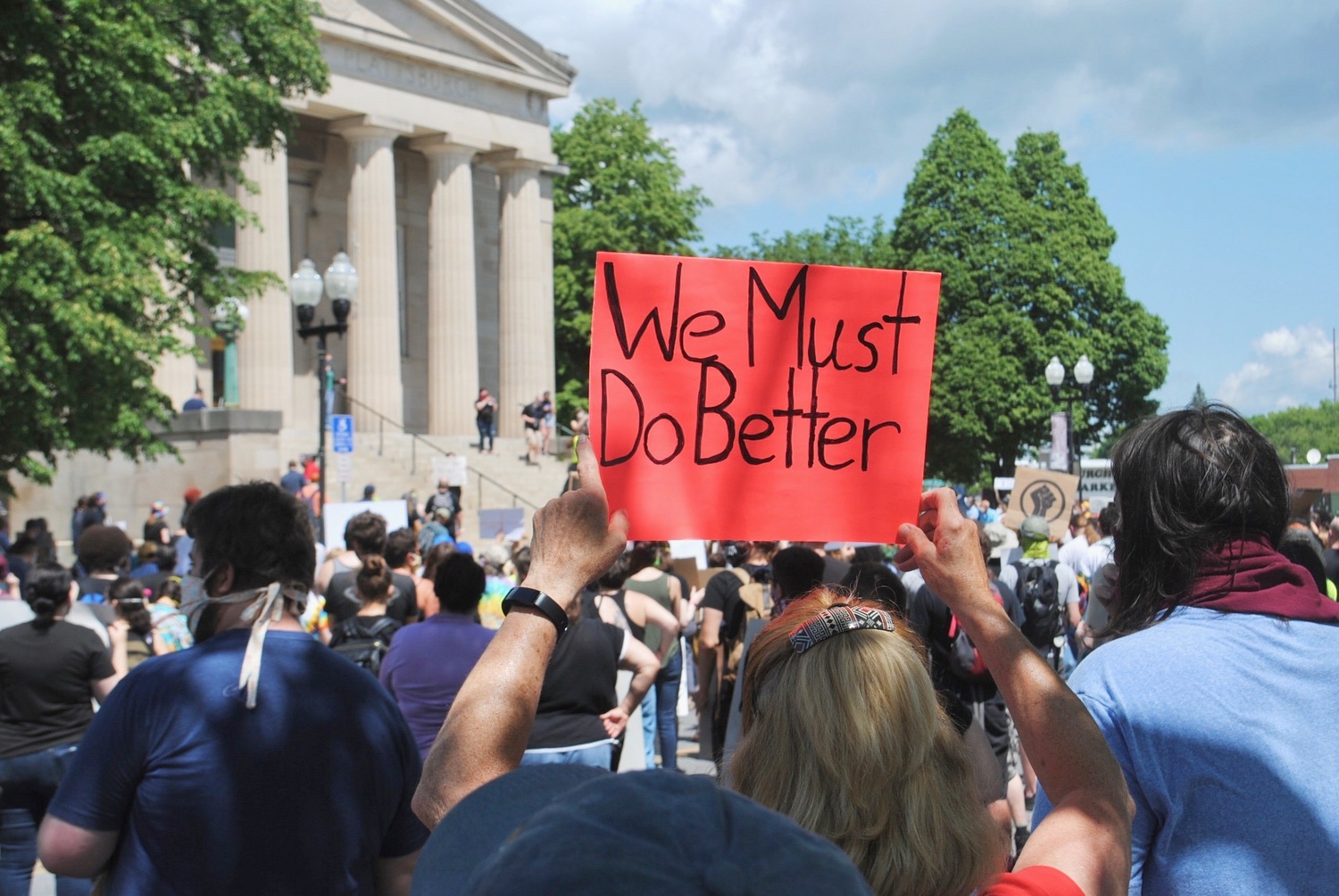 A sign held up at the Black Lives Matter protest in Plattsburgh in June 2020, just days after George Floyd was killed by police in Minneapolis. Photo: Emily Russell

Hylton-Patterson from ADI said she’s also felt targeted by police because she’s Black, including since moving to the North Country, but she’s focusing on the long view. Hylton-Patterson hopes that by requiring training, by following through on reforms, and just by talking about systemic racism, that could make a difference down the road.

There are some real changes being made. Officers in St. Lawrence County are now wearing body cameras and Plattsburgh is considering doing the same. There’s more focus on mental health and social services and a lot of committees want officers to get implicit bias training, which could then help them better understand and be aware of systemic racism.

Cigarette Makers Plunge on News That U.S. May Curb Nicotine

US envoy to Moscow returning to Washington for consultations – Arab News