President Nana Akufo-Addo has released his first batch of appointees for his second term of office.

These are mainly those who would help him manage the Office of the President, Jubilee House.

Below are the 13 appointees of President Nana Addo Dankwa Akuffo-Addo:

Akosua Frema Osei-Opare (born 1948) is an economist, nutritionist banker, and a Ghanaian politician.

Frema is a member of the New Patriotic Party. She served a two term office as the Member of Parliament representing Ayawaso West Wuogon Constituency between 2005-2013 under the ticket. She is the current and first female Chief of Staff of Ghana and has secured a second term of office under Nana Addo.

Nana Bediatuo Asante is a Ghanaian administrator, lawyer and consultant. He is a member of the New Patriotic Party and was appointed in January 2017 as the Executive Secretary to the President of Ghana.

Nana Bediatuo Asante has maintained his position as Executive Secretary at the Jubilee House for President Nana Akufo-Addo second term of office.

Mercy Debrah-Karikari (Secretary to the Cabinet)

Mercy Debrah-Karikari is Ghana’s first female cabinet secretary and a career diplomat having served in the county’s diplomatic missions.

She had her secondary education at the Wesley Girls High School, Cape Coast from the year 1976 to 1978.

From 2000 to 2002, Mrs. Debrah-Karikari served at the Ghana Embassy in Benin as Minister. She subsequently worked at the Ghana Permanent Mission to UN Office in Geneva as Minister and Deputy permanent representative from 2007 to 2011. 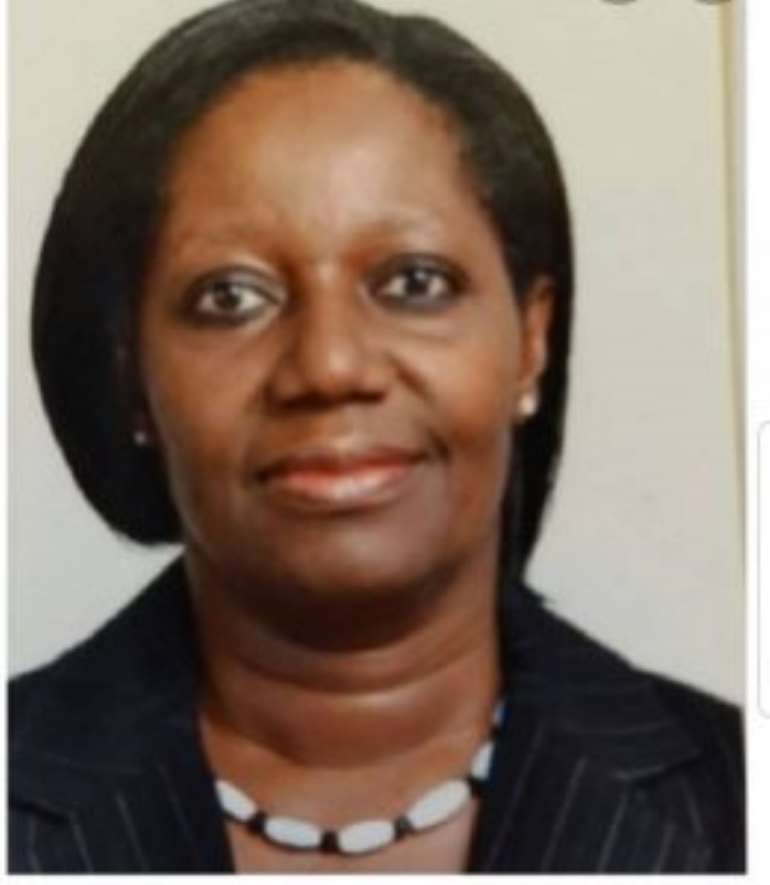 Brigadier General Emmanuel Okyere is a military engineer and holds an Executive Master’s Degree in Governance and Leadership from GIMPA.

He’s also a graduate of the Ghana Military Academy, has a solid military background, having done almost 40 years of distinguished service with the colours.

He served in various capacities in both the military and local government. He served as the Metropolitan Chief Executive of the Kumasi Metropolitan Assembly from 1995 to 1996; and from 2006 to 2010, he was the General Officer Commanding the Southern Command. 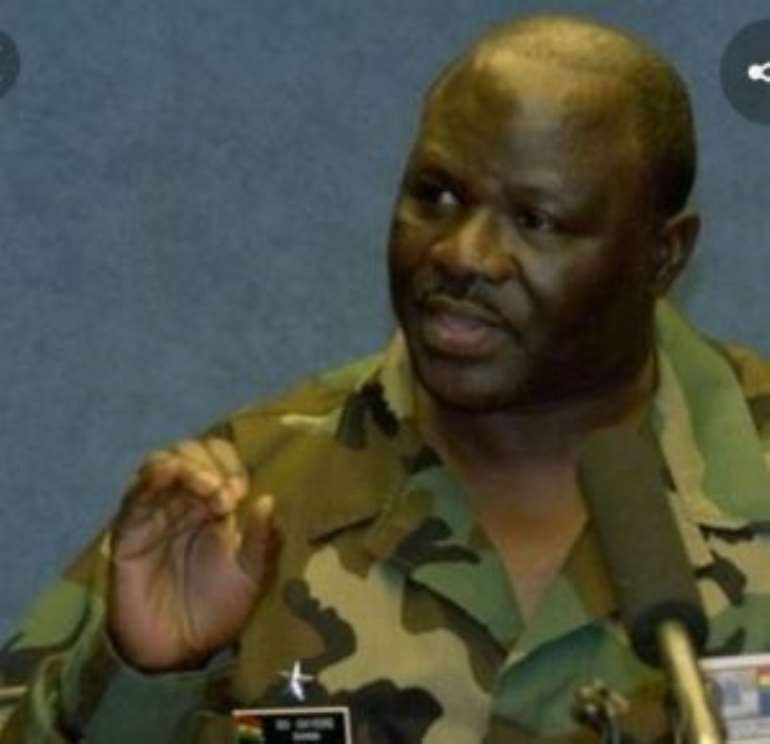 Saratu Atta graduated from the University Of Warwick, UK. She holds a Bachelor of Arts degree in Politics and International studies.

She is an old Achimotan.

After she graduated from the University, she began her career as a security Trader at First Securities Discount House in Lagos between 1993- 1997.

She later established her own security printing company in Lagos.

Saratu Atta was appointed as campaign secretary by Ghana’s New Patriotic Party (NPP) in 2008. She was the former wife of a former Nigerian Aviation Minister, Femi Fani-Kayode.

She is a daughter of a former Nigerian Governor of Kwara State, Alhaji Adamu Attah. 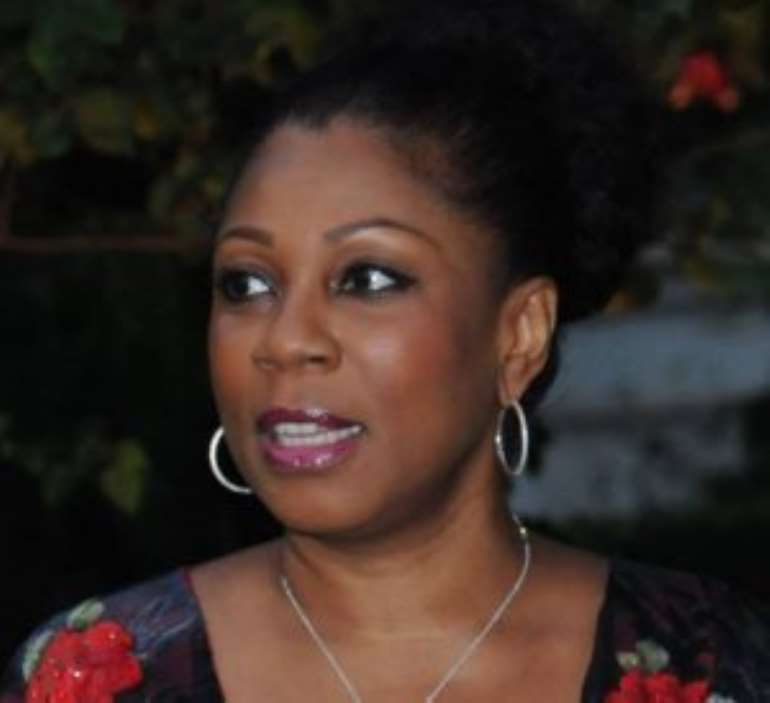 Fawaz Aliu, a young but experienced diplomat from Dagbon, was the assistant secretary in charge of foreign relations at the Office of the President. He is said to have impressed the president with his administrative and diplomatic skills, sheer competence, loyalty, astuteness and attention to detail.

Before his current position at the Presidency, Aliu was Ghana’s representative to the United Nations Committee on Social, Cultural and Humanitarian Issues (the Third Committee) at the UN General Assembly in New York City. 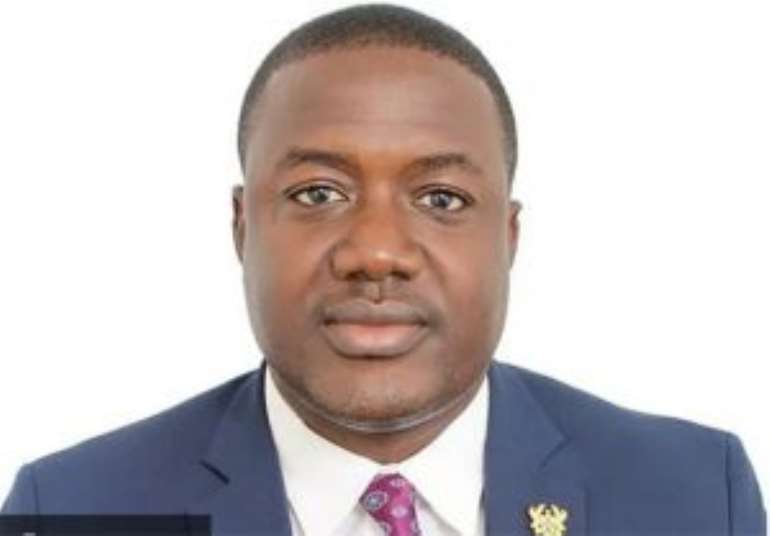 Emmanuel Adumua-Bossman, popularly known by his pen name Calus Von Brazi, has been a devout loyalist of Nana Akufo-Addo since the 1990s. Known as the leader of the Victor Newman Boys,

He was a key foundation member of Friends of Nana Akufo-Addo (FONAA) and the so-called “Tuesday Group”, the same all kitchen cabinet group that largely engineered Akufo-Addo’s presidential bids over the past 12 years or more.

He worked briefly at the National Security having studied security at the highest level. 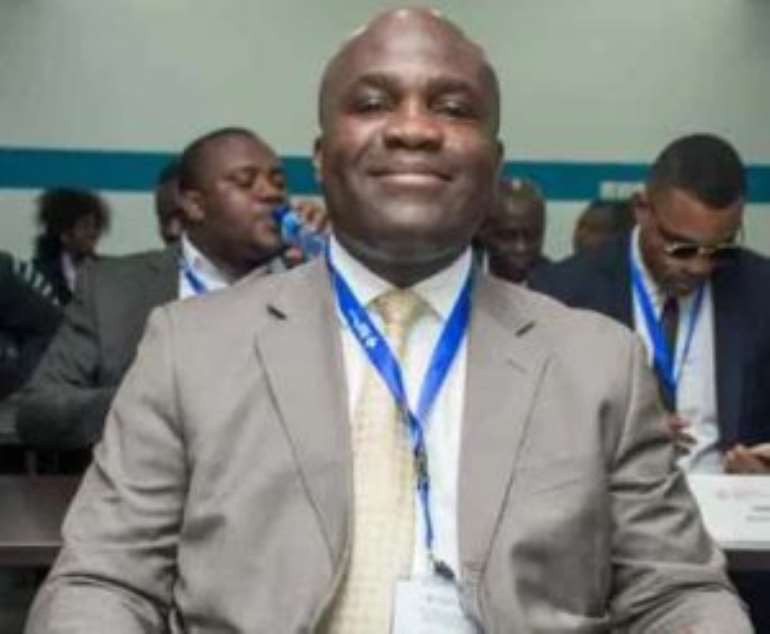 Lord Oblitey Commey is a Ghanaian administrator, entrepreneur and politician. He is a member of the New Patriotic Party and has currently secured a second term of office as Director of Operations at The Jubliee House, the official residence and office of the President of Ghana.

He was a national organiser of the ruling party, NPP.

He has served as an executive member of Accra Hearts of Oak Sporting Club. 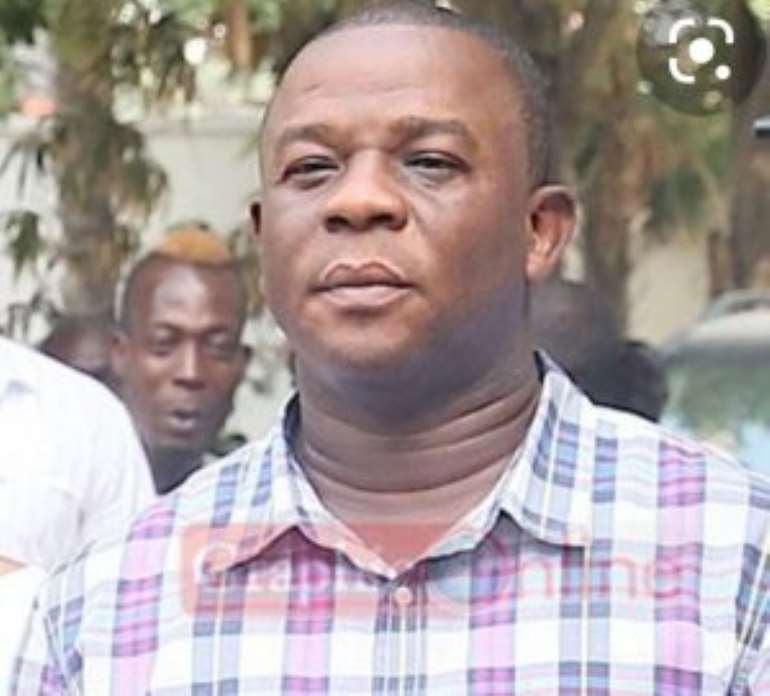 Eugene Kwame Bentum has also secured his second term as Director of Communications at the Presidency. 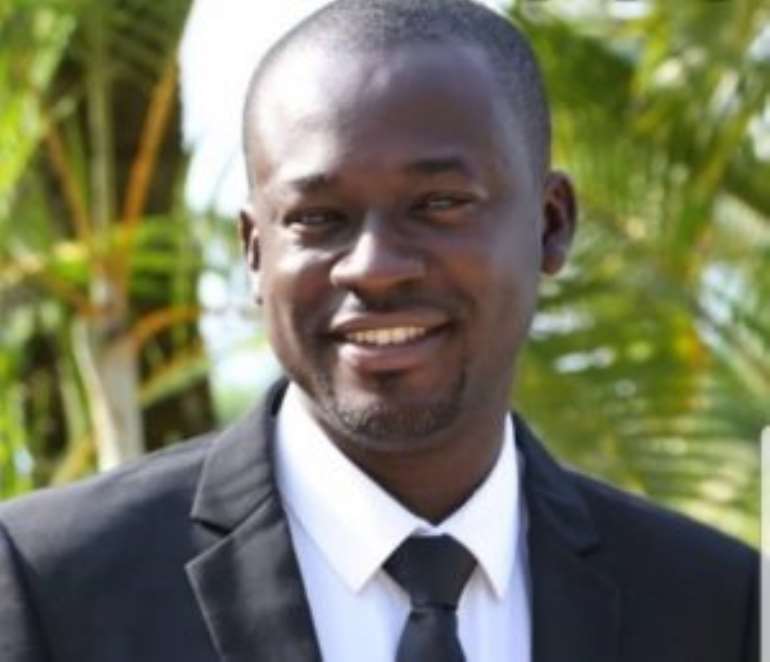 Dr. Isaac Owusu-Mensah is a senior lecturer in the Department of Political Science at the University of Ghana, a positioned he has held since February 2016.

He was the first to be appointed as Research Director from that department. Dr. Owusu has been appointed as Director of Research at the presidency, replacing Victor Newman who died recently of Covid-19. 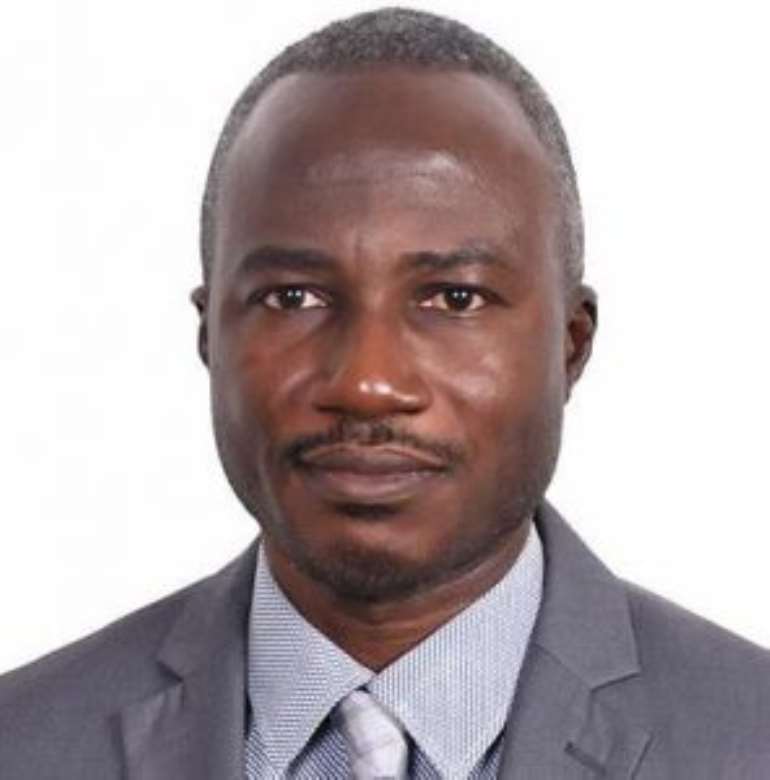 Kow Essuman is an international lawyer, who specializes in corporate and commercial litigation and arbitration. He is also qualified to practice in three different jurisdictions – England and Wales, New York State and Ghana.

President however maintained the young prodigy legal practitioner, Kow Essuman as his lawyer (Legal Counsel to the President). 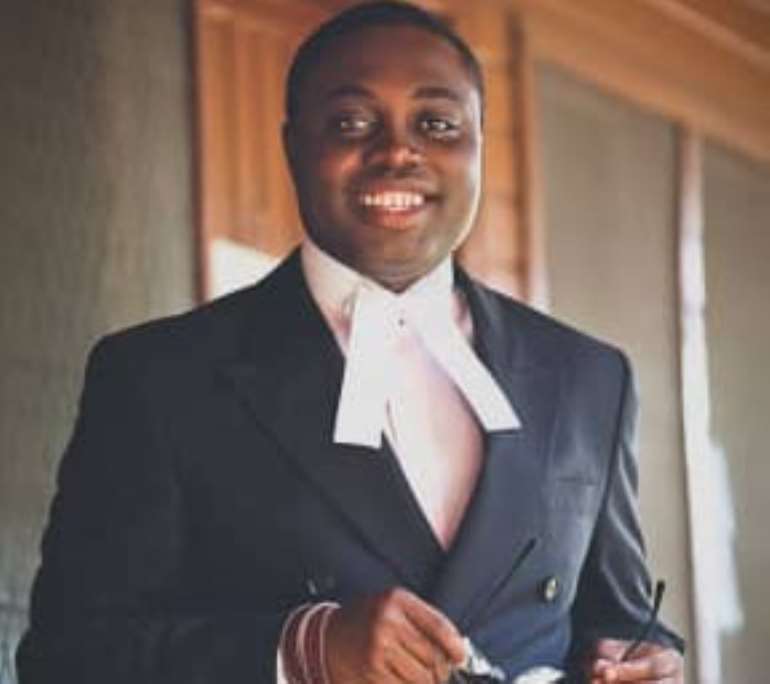 Micheal Ofori-Atta, maintained his position as Director for ECOWAS and Regional Integration at the office of the president. He is a diplomat having served at the Ghana High Commission in London and later at the ECOWAS Secretariat in Abuja. 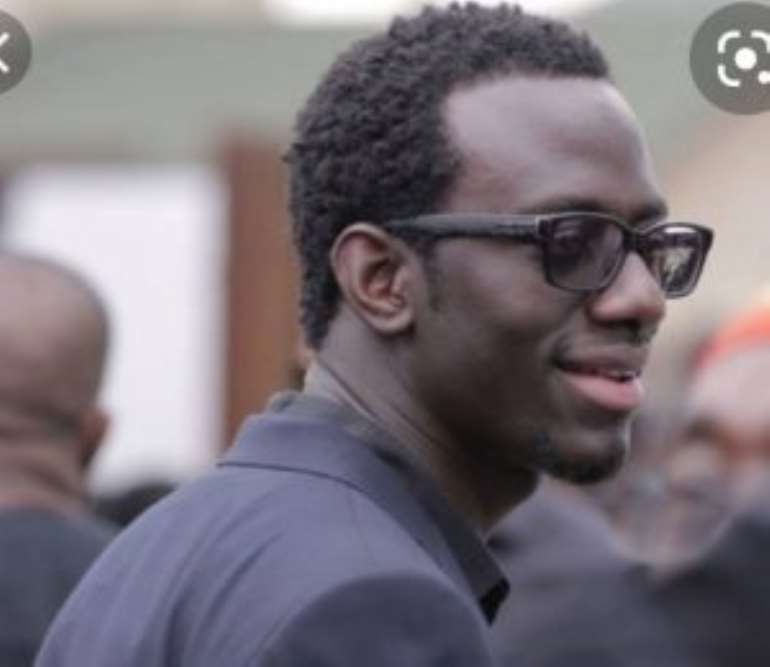 Sam Ellis becomes Director of Personnel at the Presidency having worked under Victor Newman. He was a founding member of FONAA.

Five diplomats to stay at Czech embassy in Moscow – World