Hong Kong is a gateway between China and the rest of the world, through which investment, information and expertise flow.

It has been governed under the “one country, two systems” principle for a quarter of a century since its handover in 1997 to China from British rule. Under their 1984 joint declaration that formed the basis of the handover, the Hong Kong Special Administrative Region was assured a high degree of autonomy, freedom and human rights. After the handover, Hong Kong did enjoy freedom of speech and association and had judicial independence. But those freedoms are currently in a precarious state.

The flags of China (R) and Hong Kong (Kyodo)

On Aug. 10, 10 people were arrested on charges of violating China’s new national security law imposed on Hong Kong in June. Among them were Jimmy Lai, founder of a Hong Kong-listed media group and the newspaper Apple Daily, which is critical of the Chinese government. Also arrested was Agnes Chow, a Hong Kong pro-democracy student activist who is also famous in Japan.

Their speeches and actions definitely cannot be deemed a crime. Publishing newspapers, stating opinions, and calling for domestic and international solidarity to support democratization, are simply normal actions.

Despite the normalcy, the 10 people were arrested on the sinister charges of threatening China’s national security.

The Chinese government argues that this is a domestic problem, and foreign governments should not impinge on its sovereign authority.

This is a deceptive argument however.

China promised the international community it would protect Hong Kong’s autonomy through the 1984 Sino-British Joint Declaration.

Further, Article 23 of Hong Kong’s Basic Law says the special administrative region “shall enact laws on its own” to address national security.

By ignoring the article and arresting people for very ordinary actions under Beijing’s unilateral national security law, the Chinese government has ground its heels on the concept of rule of law.

Even the national security law itself indicates Hong Kong’s human rights must be protected under Article 4. 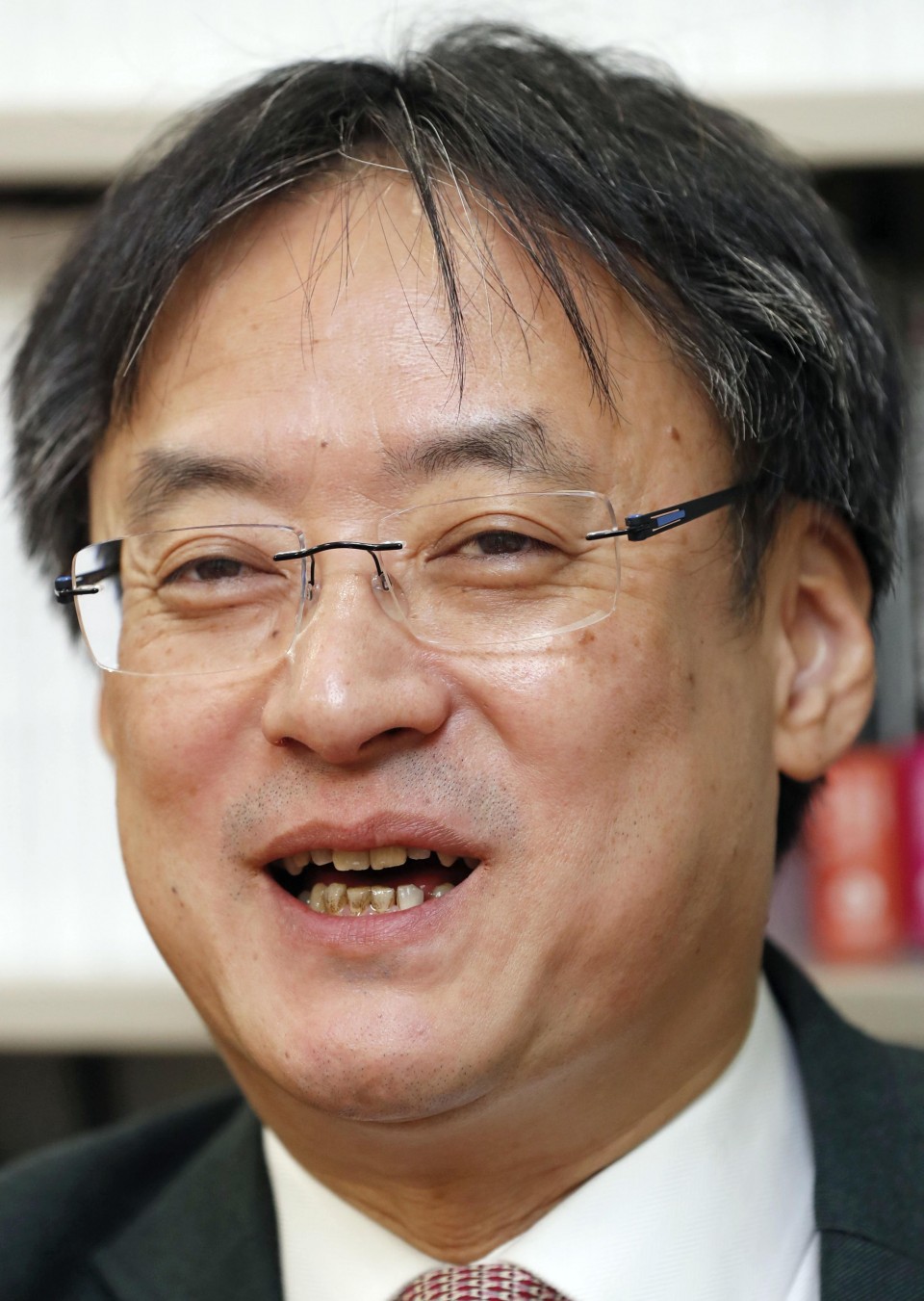 China has thus turned its back completely on multiple past statements it has made.

All of this indicates that human rights repression, common in mainland China, has reached Hong Kong.

Journalists, scholars, lawyers, and ethnic minority leaders on the mainland have been arrested one by one. And of those who have not been arrested, numerous examples exist where they have been censured in their social lives and employment.

Since 2015, bookstore owners critical of Chinese leaders have been kidnapped from Hong Kong to the mainland. With the national security law imposed, Hong Kong is turning into China.

Part of this change will include behavior modification to cater to the Chinese government. Even at universities — which should be independent — professors who advised pro-democracy student activities or joined demonstrations, have had their employment contracts terminated.

It is not overly dramatic to say that all of this has historical significance.

As China strengthens its presence in world politics and economy, its human rights abuses and penchant for authoritarianism will increasingly affect the world.

If only the United States was a dependable country that could show leadership on these issues. But the current White House occupant is disinterested in human rights.

After Hong Kong, it will be Taiwan’s turn. South Korea and Japan will feel the pressure next. In Australia, a university professor who lectured on Taiwan became the target of virulent criticism by mainland Chinese students.

China’s national security law also applies to foreign citizens. There is already an arrest warrant out for an American citizen born in Hong Kong.

Academic freedom and freedom of speech can weaken in these ways. Present China is a “Depreciative Empire,” degrading what is good.

Japan therefore cannot ignore the situation in Hong Kong. There is a very real possibility that as Beijing’s clout grows, its influence over domestic expression of freedom and human rights could infiltrate Japan.

Of course not all Hong Kong people are angels. Hong Kong’s financial world is relieved that stock prices have remained stable, unaffected by the island’s struggle for democracy in which they have little interest.

At times some Hong Kong people do not hide their contempt for people on the mainland. While the latter’s influx into Hong Kong has decreased, the arrival of mainlanders will continue until one day, they will become the majority population.

Numerous problems exist and optimism is next to impossible. 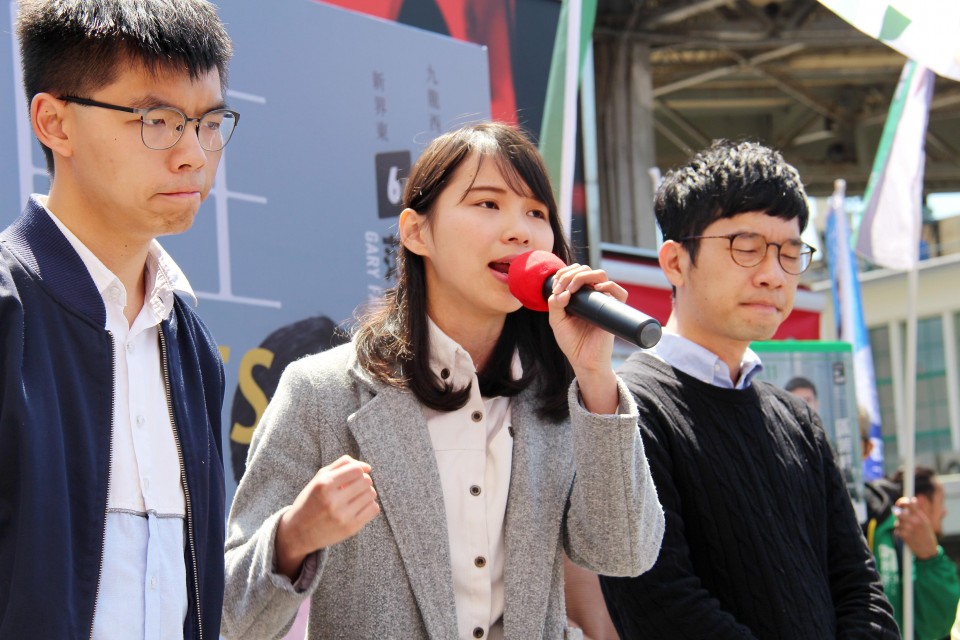 There are limits to what outside interventions can do, and those can sometimes backfire.

Critics say that Chow is idolized and that China is being treated unfairly compared to other countries with greater human rights abuses. Both of those views have merit.

However, things are moving in Hong Kong right now. While the current trend does not lead to optimism, its direction can be changed through the intervention of the international community.

Let us do what we are able to, one by one.

Of utmost importance, we in Japan must remain vigilant in our introspection to ensure our country will not become like China. Freedom and democracy must continue to be our fundamental principles.

(Ken Endo is dean of the Hokkaido University’s Graduate School of Public Policy. He earned a Ph.D. in politics at the University of Oxford and was a researcher at Harvard Law School, and a visiting professor at Institut d’etudes politiques de Paris as well as at National Chengchi University. He is also the author of numerous books, including “Togo No Shuen” (The Demise of Integration) and “Oshu Fukugo Kiki” (Europe’s Complex Crisis).)

APEC summit to be held online Dec. 4 due to virus pandemic